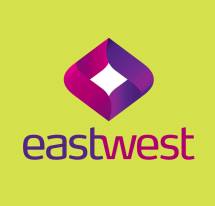 Established on July 6, 1994, EastWest Bank was the first recipient of a commercial banking license after the central monetary authority liberalized banking in the mid-1990s. Its first branch was opened along Sen. Gil Puyat Avenue in Makati City on August 1, 1994. Its name is the result of the bank’s desire to combine the traditional prudence, warmth and hospitality of the East and the efficiency and progressive-thinking of the West. Since then, EastWest Bank has made its presence known in the banking industry through steady growth. The bank offered products and services via traditional and alternative delivery channels, and opened more branches to make banking accessible and convenient for its clients. It later introduced internet banking facility to expand delivery channels for its products and services.

The bank acquired Ecology Savings Bank, Inc. in August 2003 and became the sixth largest credit card issuer and one of the largest in auto financing when it acquired AIG PhilAm Savings Bank (AIGPASB) in 2009. Two years later, it further expanded its branch network when the bank acquired Green Bank of Caraga, Inc. in August 2011. EastWest became a publicly-listed bank in May 2012. Through an initial public offering, the first by a Philippine bank in eight years, the bank raised around Php4.8 billion. The next two months saw other major milestones: EastWest acquired Finman Rural Bank, Inc. in June, which in 2013 became EastWest Rural Bank, Inc., and received the approval of the Bangko Sentral ng Pilipinas to operate as a universal bank in July. EastWest is a subsidiary of the Filinvest Development Corporation (FDC), one of the country’s leading conglomerates, with interests in banking, real estate, hospitality and tourism, power generation and sugar.

Please login or register to add your review.